Teo: a modular house that grows with you 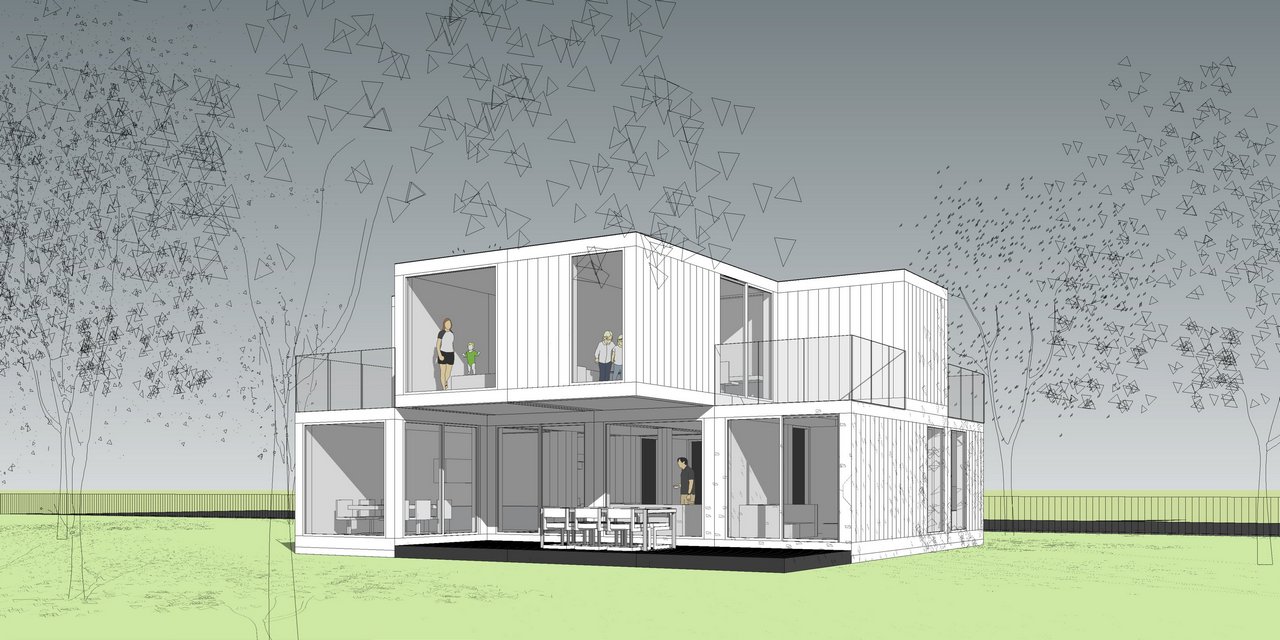 For the longest time, we have been looking for a modular system flexible enough to allow building different architectural solutions while remaining simple and affordable. Teokarp does just that.
Can it be the one-fits-all answer we've been waiting for?

Teokarp is a modular building system designed to allow maximum building flexibility.
The main value proposition of Teokarp is the possibility to build in stages. All the modules share the same frame and design, therefore they can be repurposed. One can start with a 3x6 meters module and add modules over time until an entire house is built around the "core" module.

The Teokarp concept is owned by a limited liability Company called  TEOKARP OÜ.
The concept has been invented and developed by Erik Sakkov (Manager and Marketing Specialist) and Ürjo Pähno (Designer and Constructor), both of Estonian nationality.

It took one full year to develop the system and there are a bunch of patents pending on it.
The product was officially launched on 16th October 2017.

In the Estonian language "teokarp" means snail shell and this name was chosen since it fits perfectly the concept of the building system: a home that can be built around a core module. 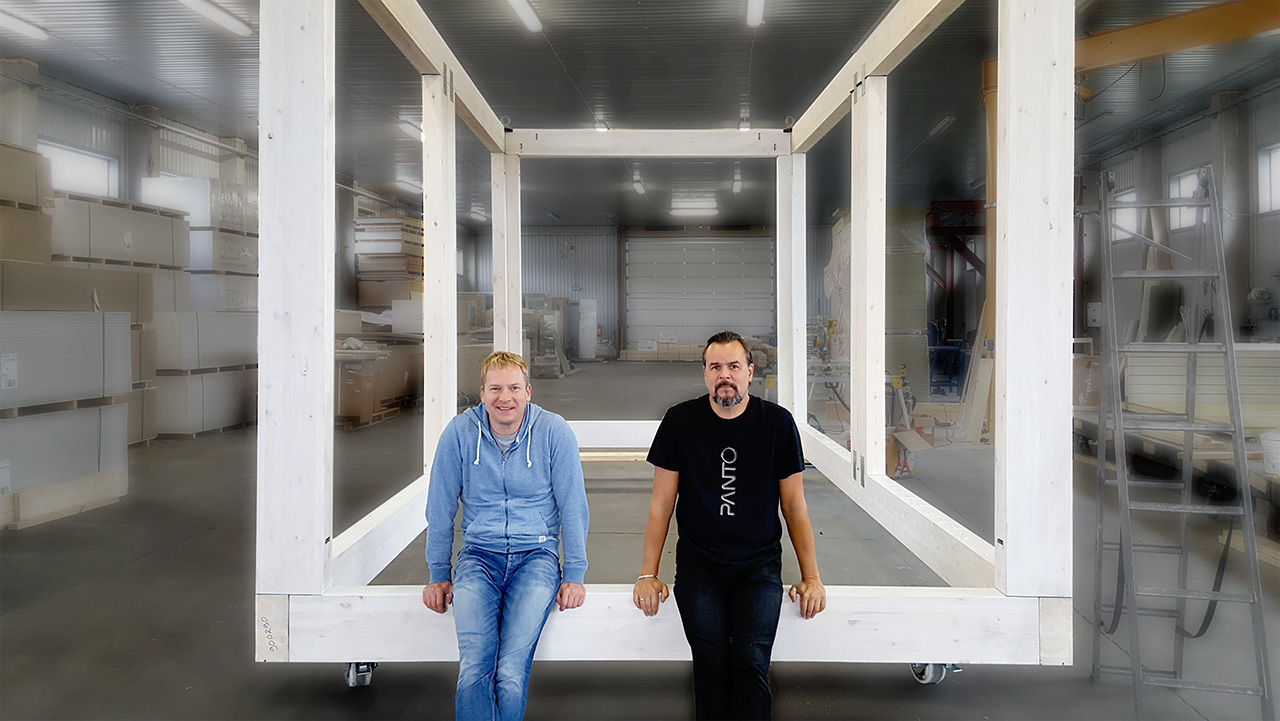 The basic building block of Teokarp is a 3x6 meter massive wooden frame (glue laminated timber). The frame is assembled with an innovative system of connections (patent pending) which makes it incredibly sturdy and fast to assemble.

The openings on the sides of the frames can be closed with pre-designed and pre-manufactured elements. The closing elements can be even replaced, allowing the owner to change the construction at any time (i.e. adding a window to a room or opening a wall to connect another module). 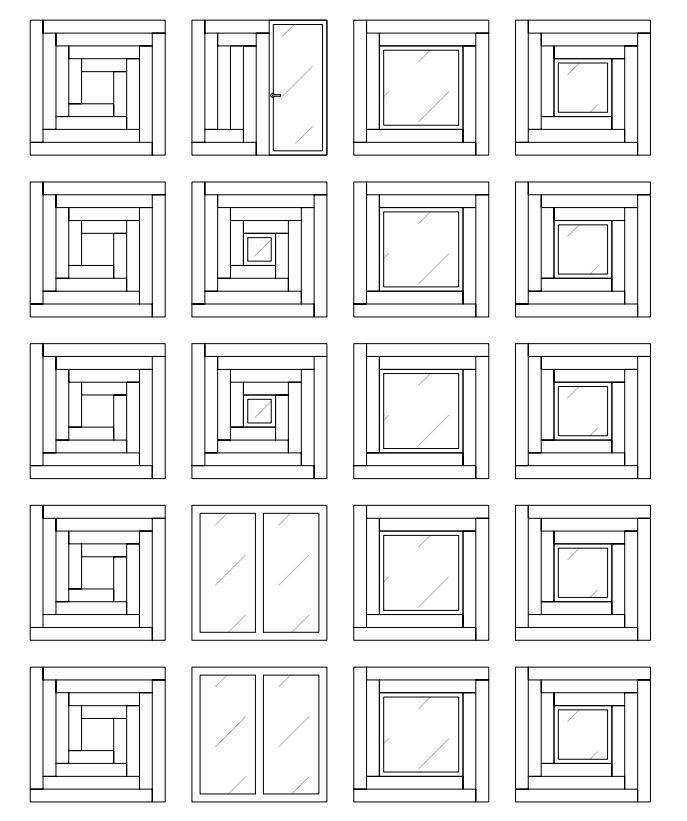 The frames can be combined in various configurations, opening an infinite number of architectural possibilities.
Working with Teokarp is like building things with the tiny plastic bricks we all loved when we were kids. 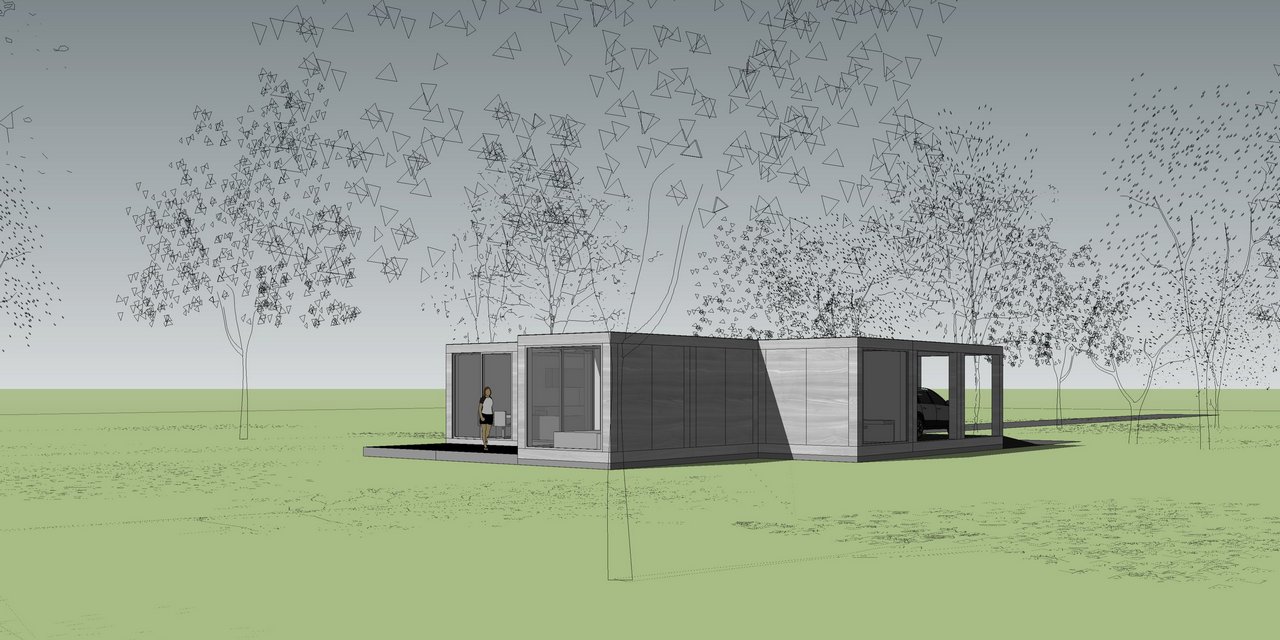 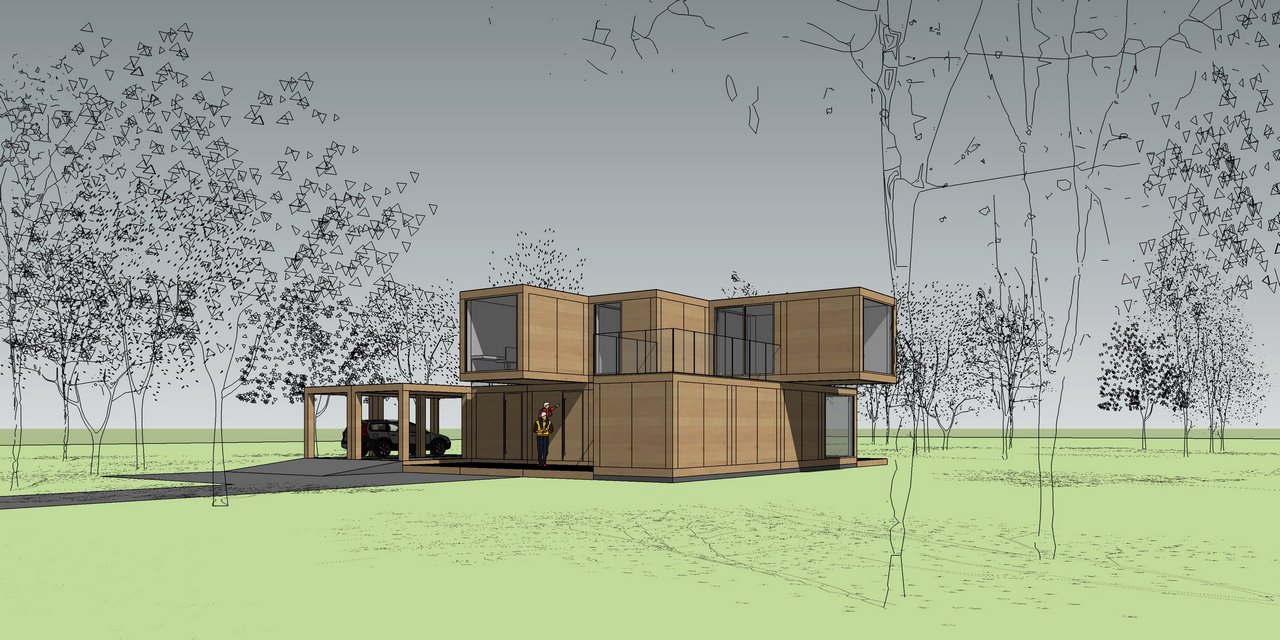 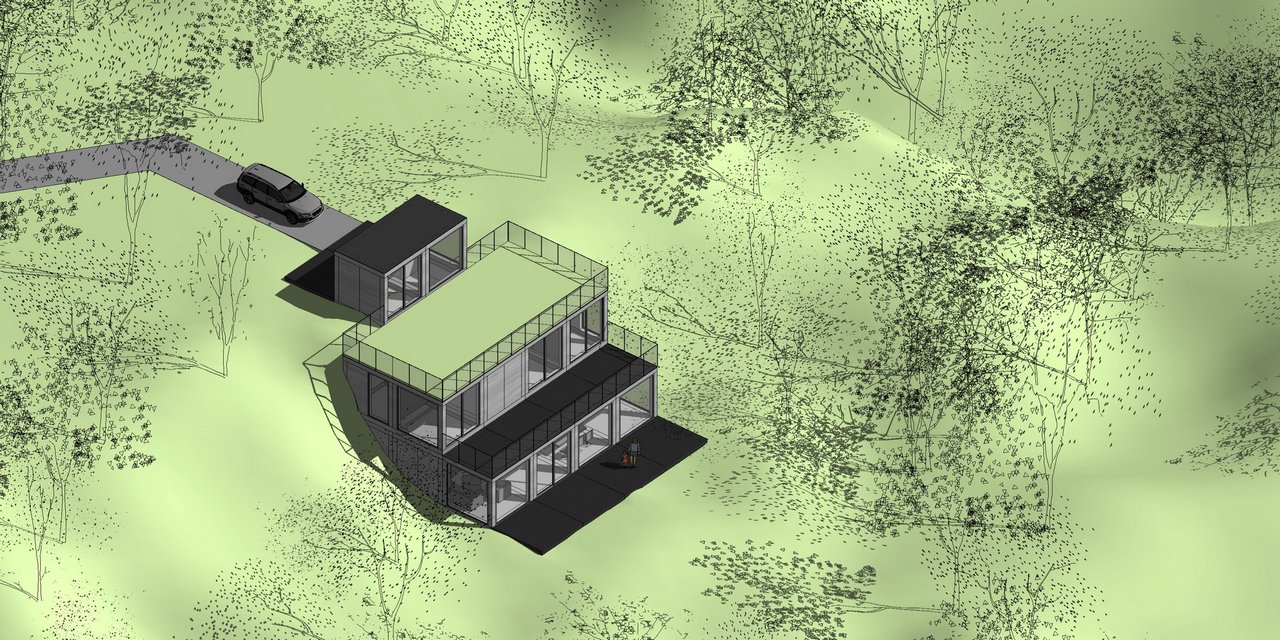 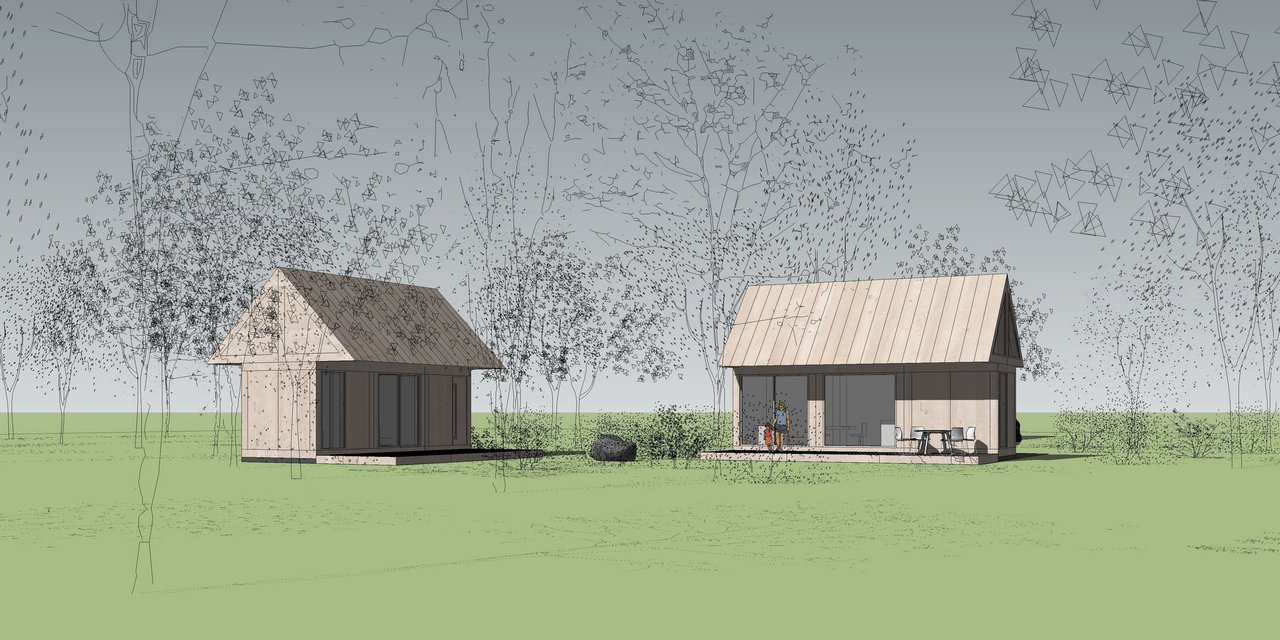 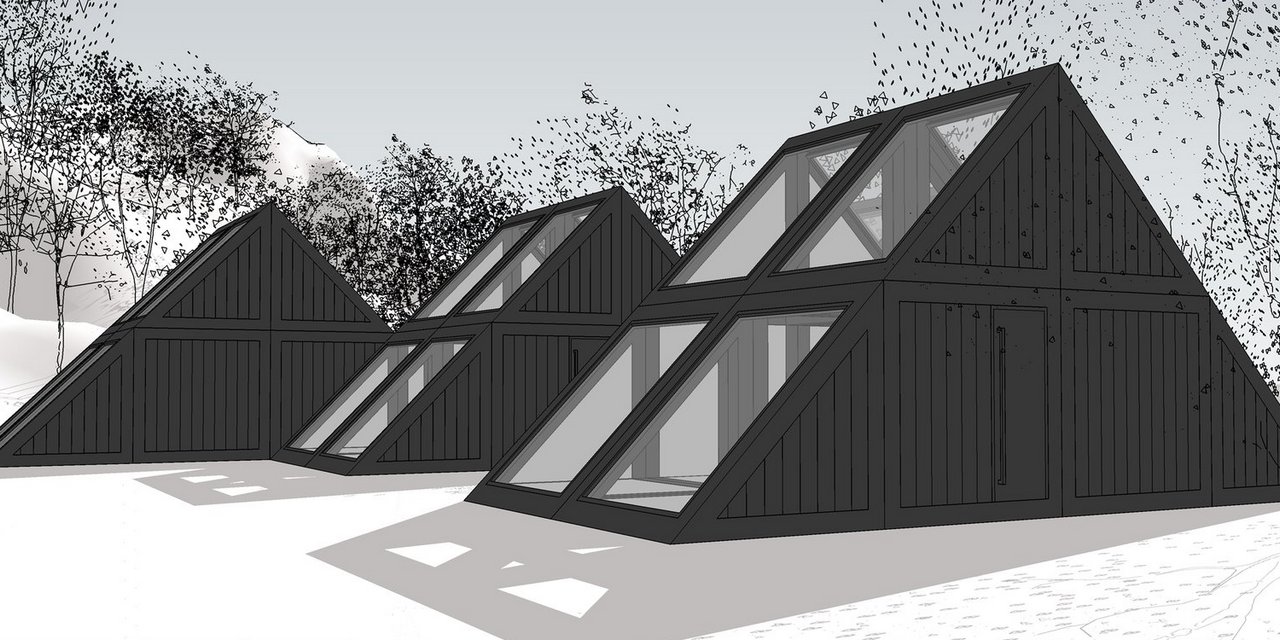 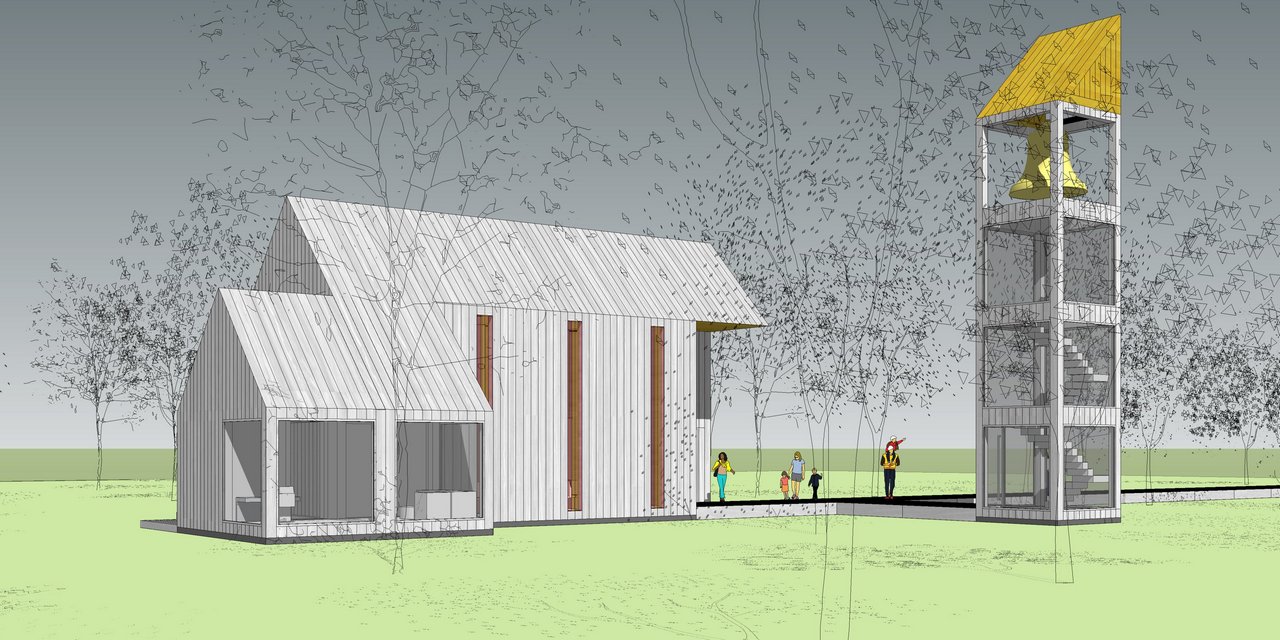 The most stunning examples of construction proposed by the Teokarp Team are the Church (image above) and the Aurora Borealis cabins.

Both solutions can be built with standard Teokarp modules and they are a perfect example of how flexible the system really is.

Besides the construction in stages and the architectural flexibility, Teokarp offers several other benefits:

...this is basically everything one can expect from a modular system... can it be true???
Let's see these benefits one by one.

The guys at Teokarp made it really easy for us to play with the modules. In fact, anyone can download a PDF template and build up paper modules in scale to prototype quickly any architectural solution. 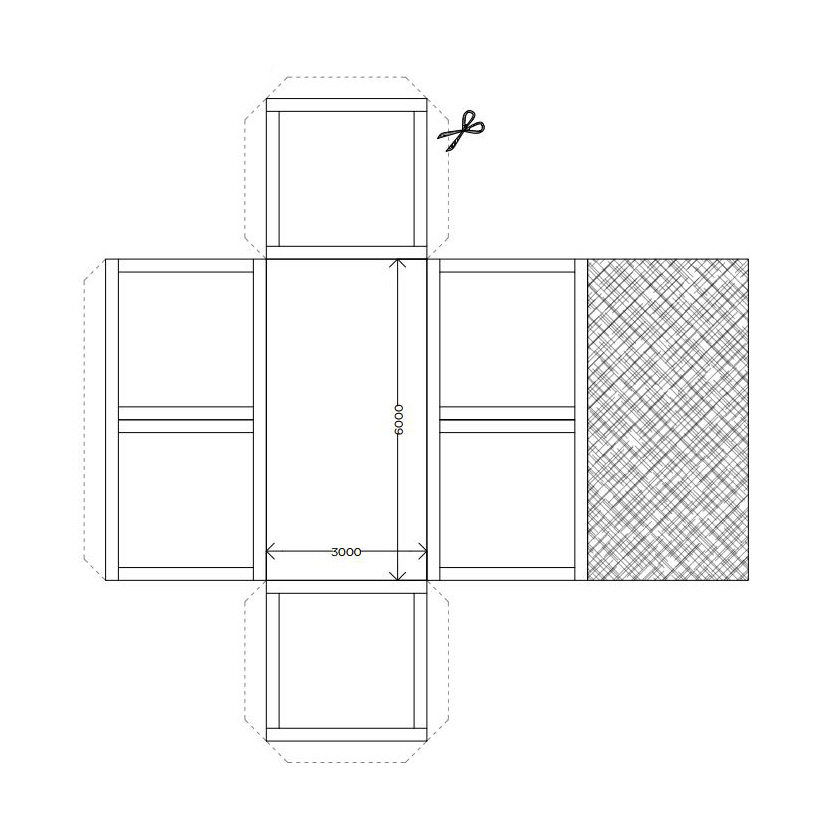 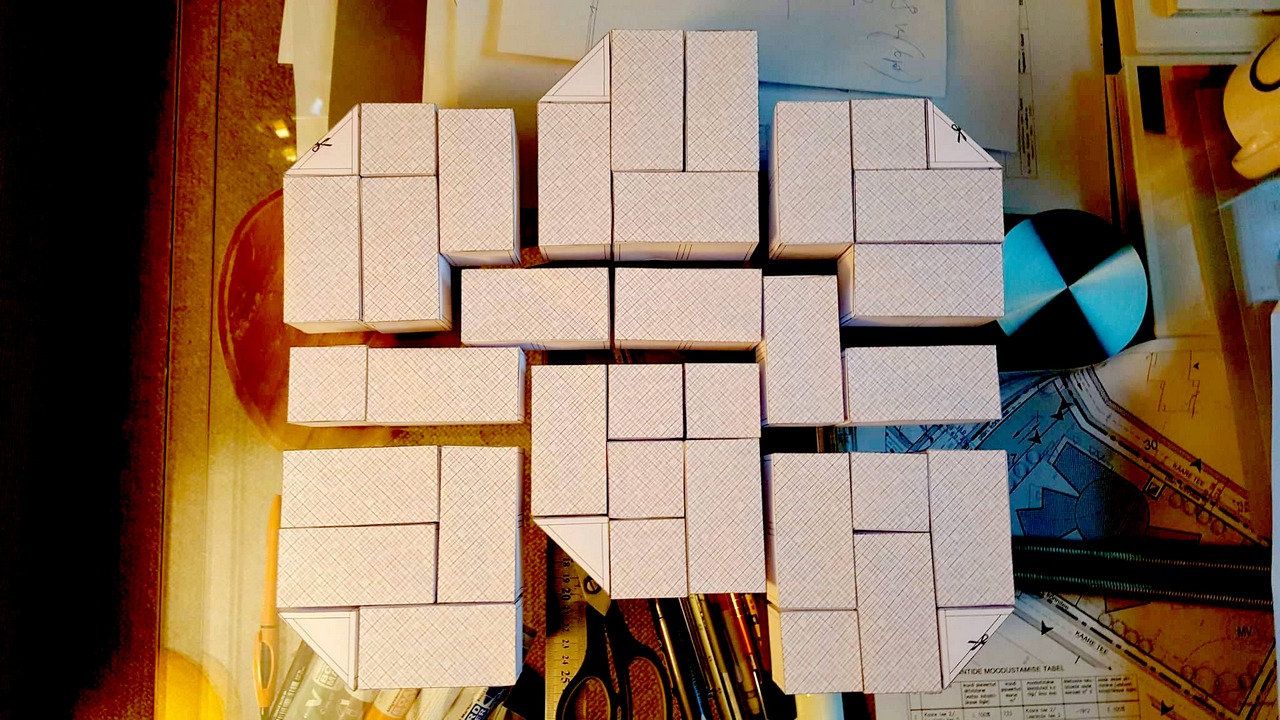 An architectural concept made with paper Teokarp modules.

An architectural planning made of paper boxes is exactly the way Teokarp presented a kindergarten project to one Municipality in Estonia.

The project is currently under evaluation and it leverages the benefits at points (4) and (5) of the list above.

As all the modules and connections are pre-designed, the Architect's work is limited to the creation of new combinations of Teokarp modules.

A Teokarp module can be easily drawn in a 3D environment such as SketchUp and Architects can design a "fully manufacturable" concept in a matter of hours. 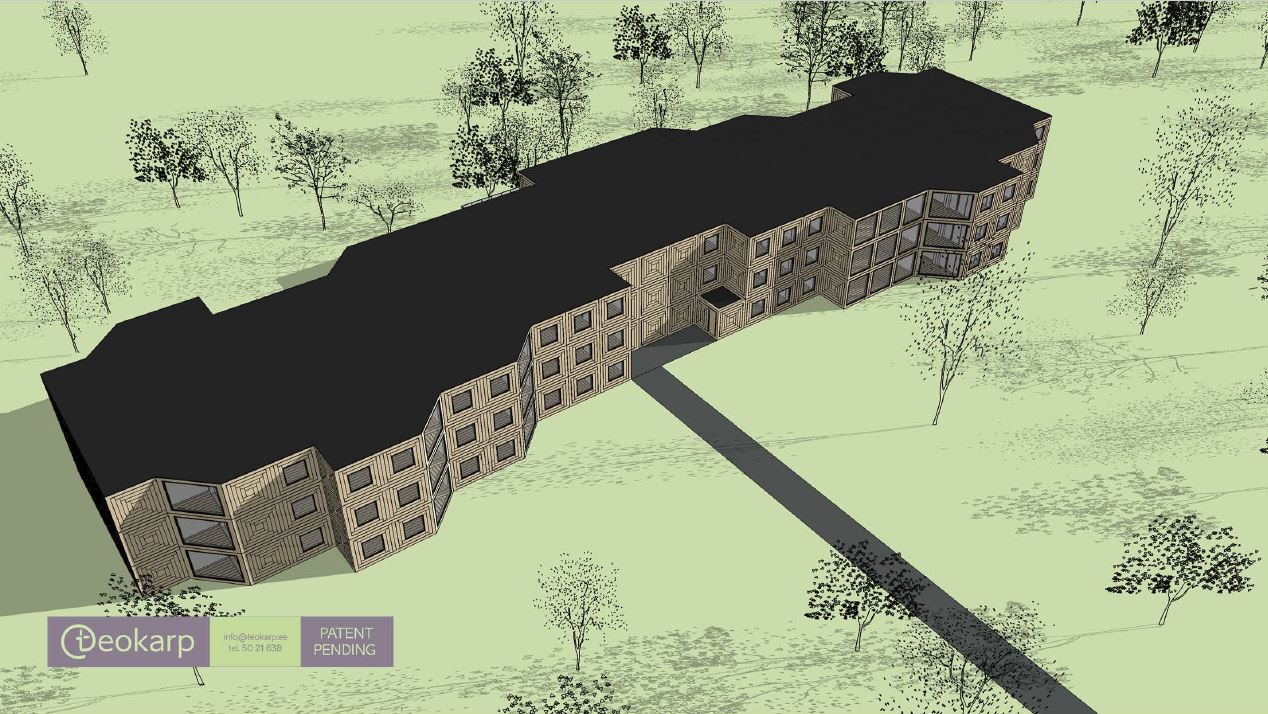 Example of dormitory building made of Teokarp modules - top view. 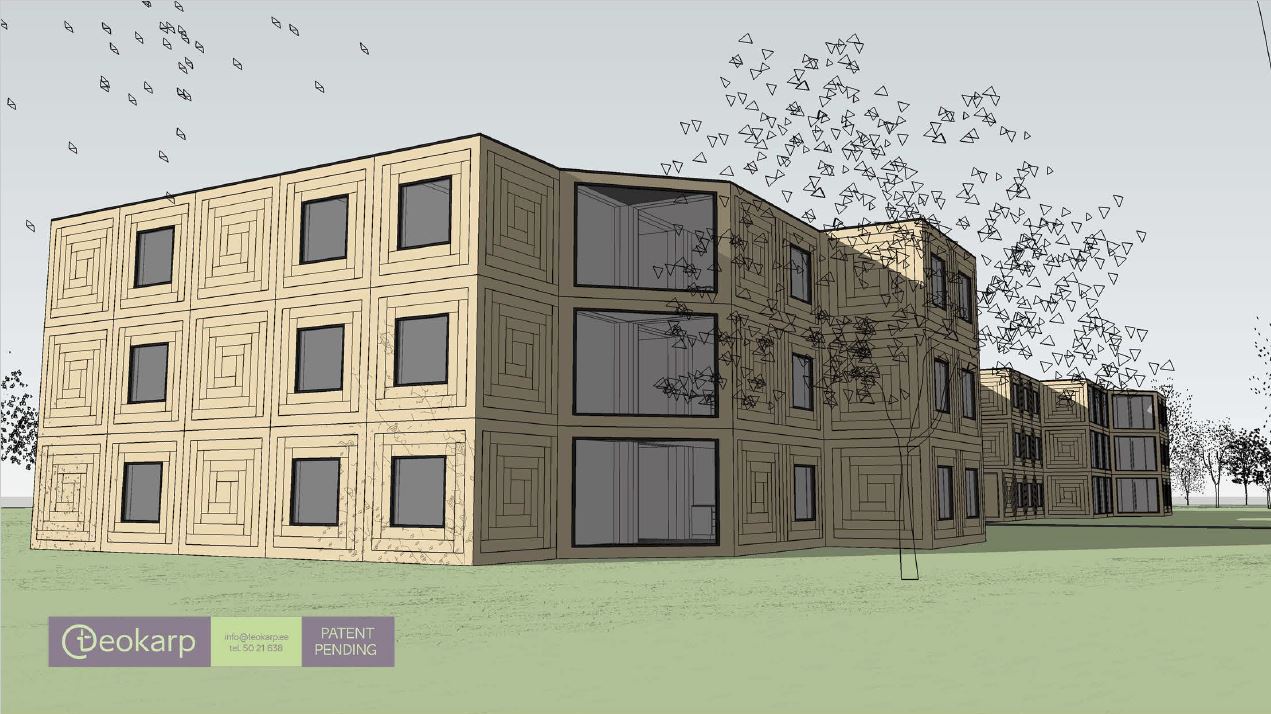 Example of dormitory building made of Teokarp modules - side view. 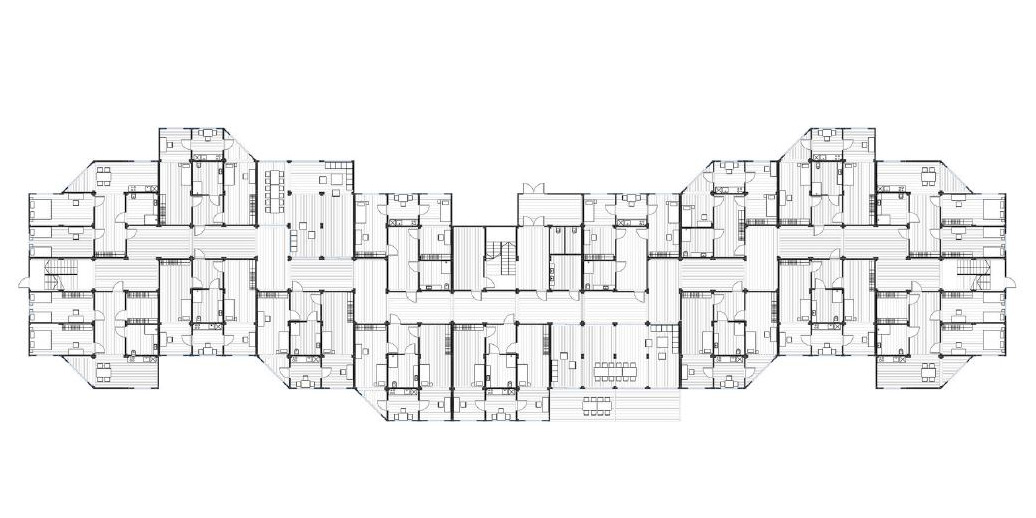 Example of dormitory building made of Teokarp modules - first-floor plan.

The dormitory shown in the images above is made entirely of Teokarp modules... over 200 of them!!!
...that is a lot of modules for a single building... which brings us to the next point on the list of Teokarp benefits.

Qhaus is well known for its willingness to accept challenges (like the upside-down house in Tartu) and supported TEOKARP OÜ in the creation of the first prototype.

Both the Inventor and the Manufacturer reassure that, once the Teokarp system is well known and used, there will be no shortage of supply.

In the case of a kindergarten, for example, the need for classrooms can change with time and the Municipality who owns the building can strategically move part of it to another location with another destination of use.

It is the very same concept we have seen in KODA by Kodasema... but it comes at about one-third of the price!  (more on that in a moment...).

Does Teokarp have any downside?

All the benefits listed above come at one cost: fixed measurements.
Since the entire system has been developed to be pre-designed and pre-manufactured, it is not possible to get modules with custom made shapes or measures.
This limits somehow the freedom of Architects that must stick to brick-like architectural solutions.

Erki Sakkov reassures that it is possible to complement Teokarp with traditional construction technologies and he offers a few examples. The image below shows how a roof made of traditional roof trusses can be added to a Teokarp modular home.
The exterior appearance of the house can be also be customized if necessary. Traditional wooden cladding or plaster can be added on-site by the Customer.

Roof made of trusses added on top of a Teokarp prefab home.

How much does Teokarp cost?

This price level is by far the lowest we have seen on prefab constructions. If TEOKARP OÜ will be able to honor this price level, we are probably going to face a major disruption in the modular housing industry.

We asked the Company to give us more details on what is included in this sum.
Here is the information we got:

At the moment there is no detail available about the technical installations inside the modules (electricity and lighting, ventilation water&sewage, ...).
We have been reassured that all these aspects have been taken into careful consideration in the development of the Teokarp system.

The current status of Teokarp

The system is fully ready and Teokarp modules can be ordered.
From a technical point of view, Teokarp is now fully developed.

From a Marketing perspective, the Product is still in its infancy (detailed information are not available and there is no Press Kit or real image of the Product).

A few prototypes have been built an tested successfully and a few orders were taken in already.
TEOKARP OÜ is about to build the first pilot projects.

We sincerely hope that the system will turn out to be - in reality - as good and as flexible and easy to use as it is on paper.

This email address is being protected from spambots. You need JavaScript enabled to view it. FOR TEOKARP PRICE REQUESTS AND OFFERS

Editorial NOTE: detailed information on the system is not yet available and there is no Press kit for distribution to Media. The information reported in this article was obtained from katus.eu with a direct interview to Erik Sakkov.
If you use this information, please link to the original article.

All images are courtesy of TEOKARP OÜ and cannot be replicated without permission.
TEOKARP OÜ owns the intellectual property of the Teokarp system. The system is patent pending. If interested to use building solutions similar to Teokarp, please contact  TEOKARP OÜ.