A Glulam Building in the Woods 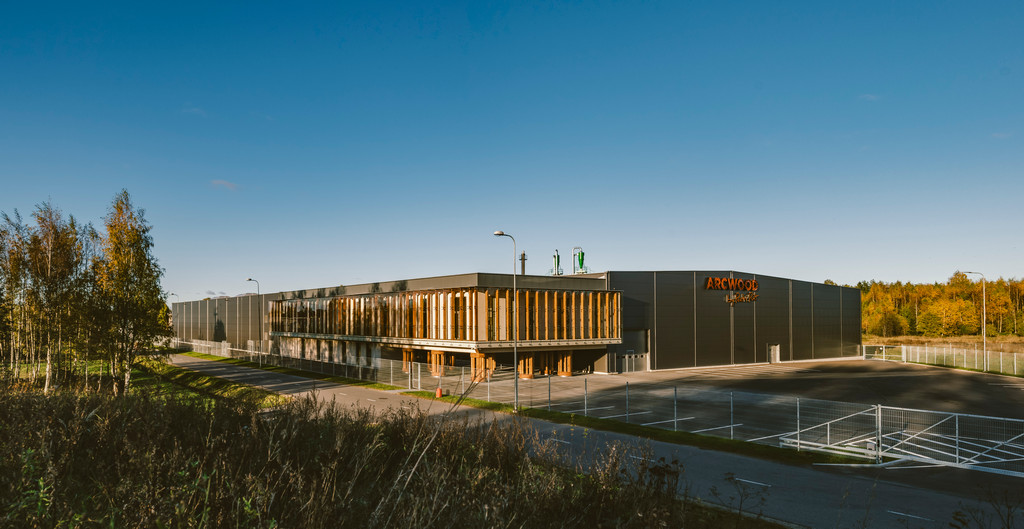 In the middle of nowhere deep in the South-Estonian woods, we are surprised by a striking industrial complex. An eye-catcher that so far has caught only a few eyes wandering in this faraway place.

...and what do they do in this building anyway?
Production of laminated timber. 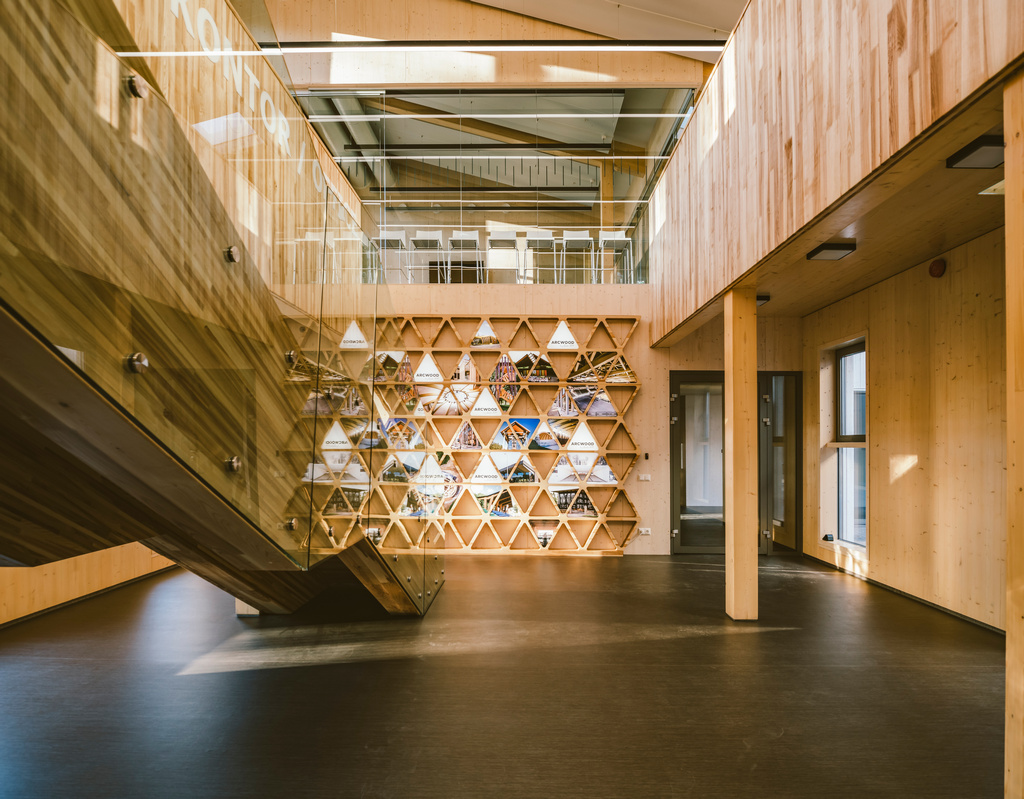 There had been various site plan options for the two Arcwood buildings, however, KTA decided to place them back-to-back and cast aside the idea of two separate buildings with no interaction between the office people and production staff.

“We made this nice “door” for the production building that all employees – both office and production staff – use when entering in the morning and leaving in the evening”, Mihkel Tüür explains.

In retrospect, the client considers it a very rational choice. The entire company is pleased with it.
At times, you can see into the other building and, when the office staff or their visitors need to take a look at the production, they can easily do it without going outside.

The Estonian flagship glulam building also features areas where glass is used in the inserted ceilings, showing the clients – and everyone else interested in timber architecture – all the layers in the ceiling of a timber house. 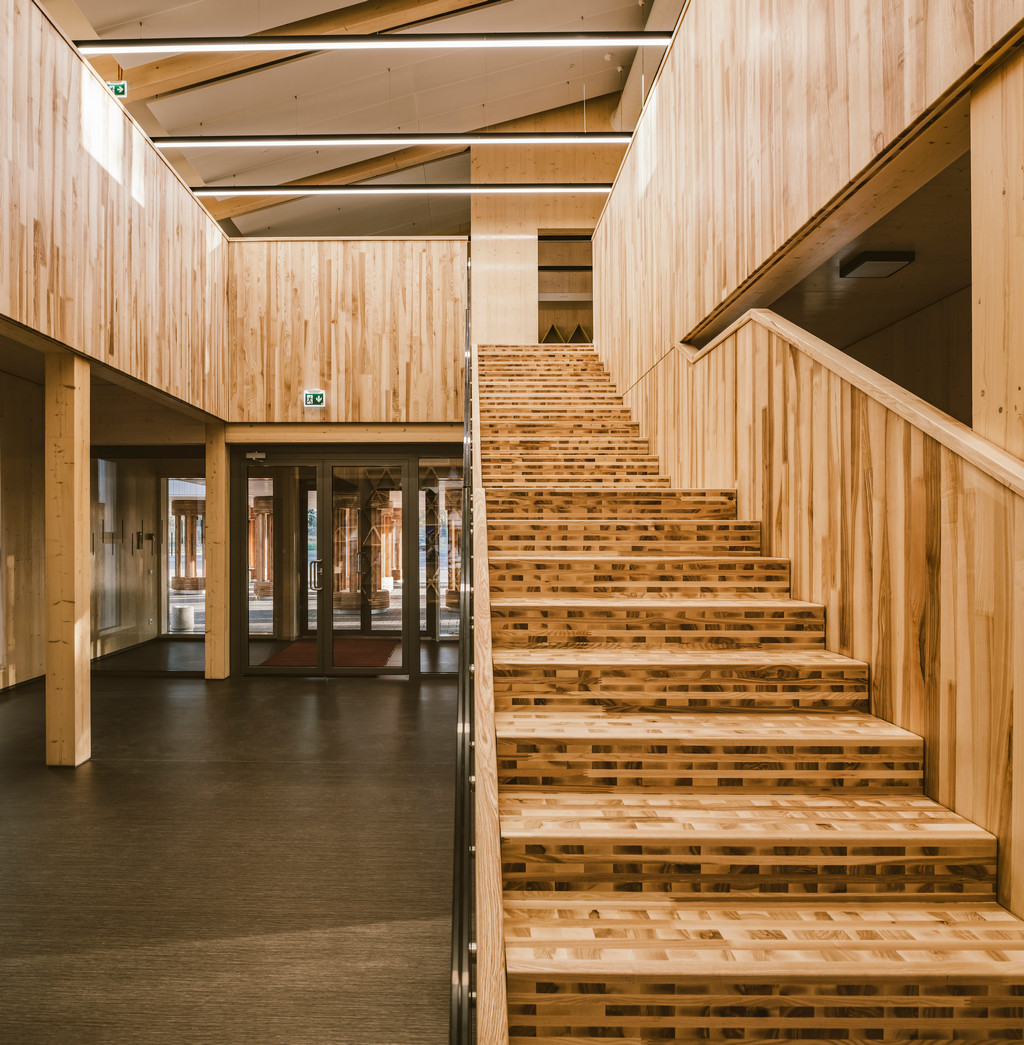 Although the architects talk about the office as a regular and rational building, already the “door” to the production facilities, the entrance to the building through the “spool forest” is an experience in itself created by the peculiarity and perhaps even the irrationality of the environment. 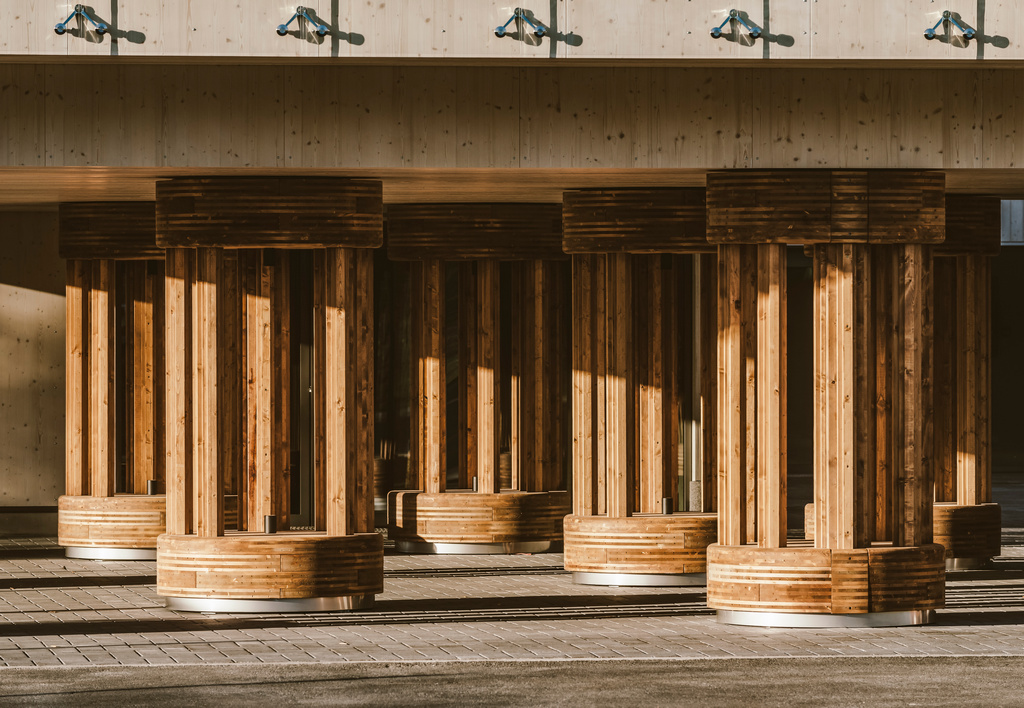 The building sits on an intricate post system. Each post is built out of several cross laminated components, assembled in a way to resemble giant thread spools. 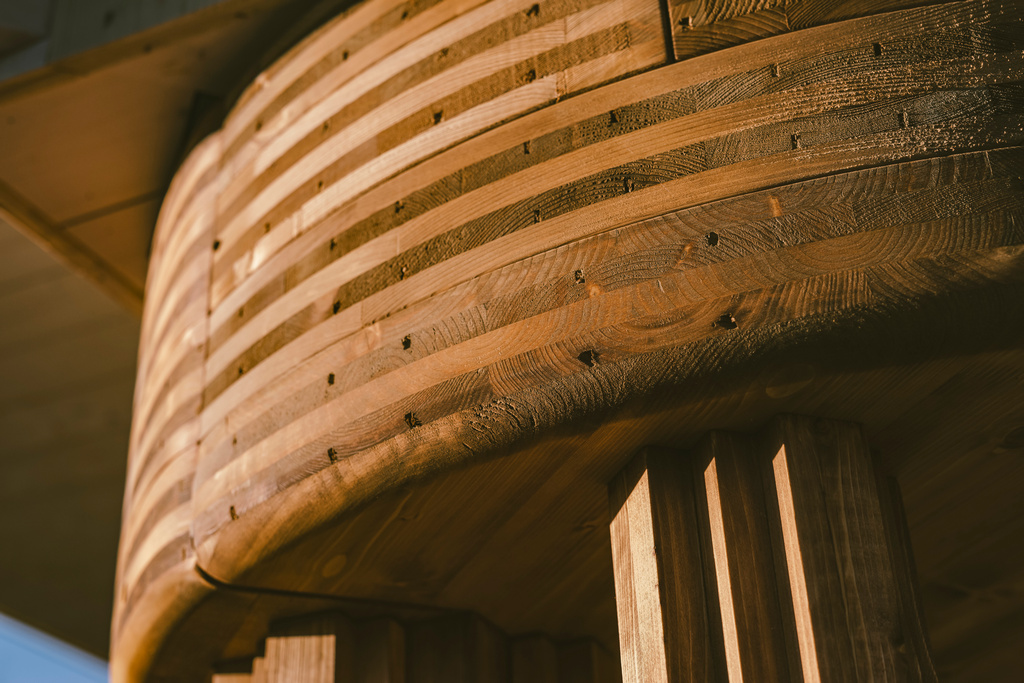 “The spacing and density of the posts are not very regular, but it is not random either. It is neither too dense nor too sparse. We integrated them into lighting, benches and outdoor furniture. We wove kind of thread spools around them to create a spatial phenomenon”, Kadarik explains.

“Architects must have the freedom to play with absurdities. Everything does not always need to be explained”. 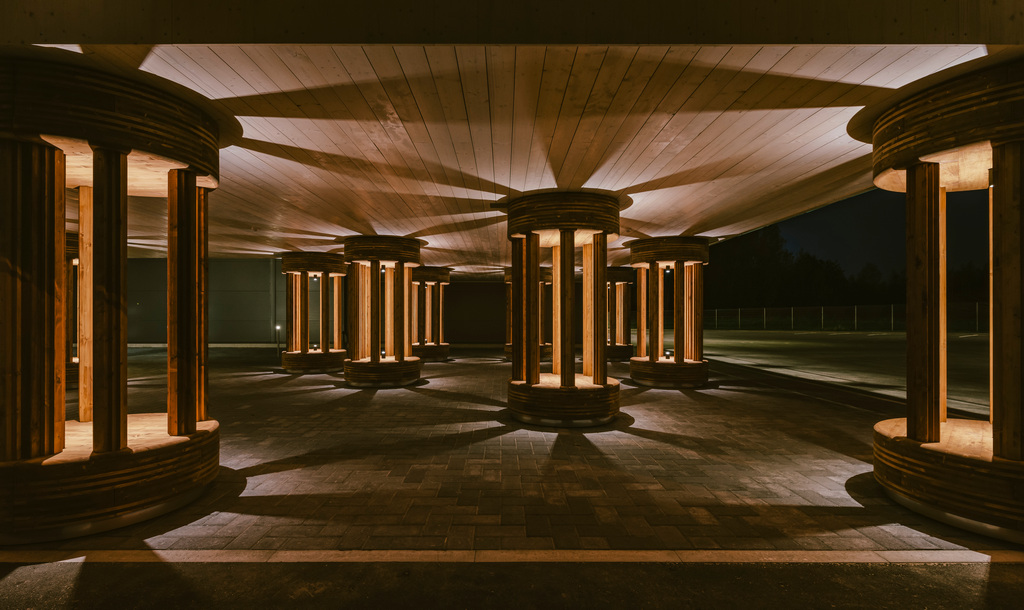 Already wandering among these “thread spools” is an unexpected and pleasant emotion that you don’t expect to come across in a production facility.

The “thread spools” are just one example of how the building highlights the versatile uses of timber as a building material.
Arcwood’s wish was simple: to use glued laminated timber and CLT as much as possible.

The client’s aim was to make the head office a showcase of the various uses of glulam on a scale as large as possible.
The architects say they were given no restriction concerning the selection of materials for the design and construction of the building.

“It seemed that whatever we came up with, the contemporary timber technology could also do it. In the production, details are held meticulously together by vacuum and pretty much anything can be milled into it, so it’s all about the architect’s skilfulness and fantasy and knowledge”, Mihkel Tüür noted. “Our production technology is far ahead of us”. 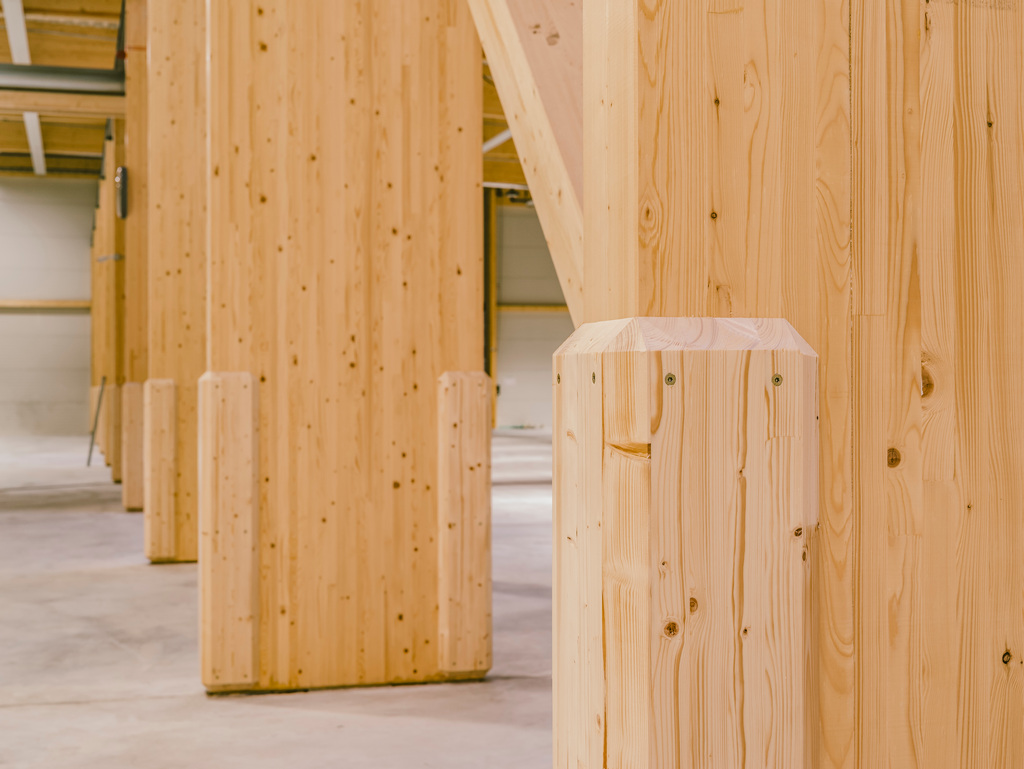 The potential of this construction technology is often underestimated.
One of the reasons may be that, although timber manufacturers have been promoting timber construction for decades and stressed its considerably smaller carbon footprint, concrete is still somewhat less expensive.
In terms of fire safety, concrete is also a less complex material. 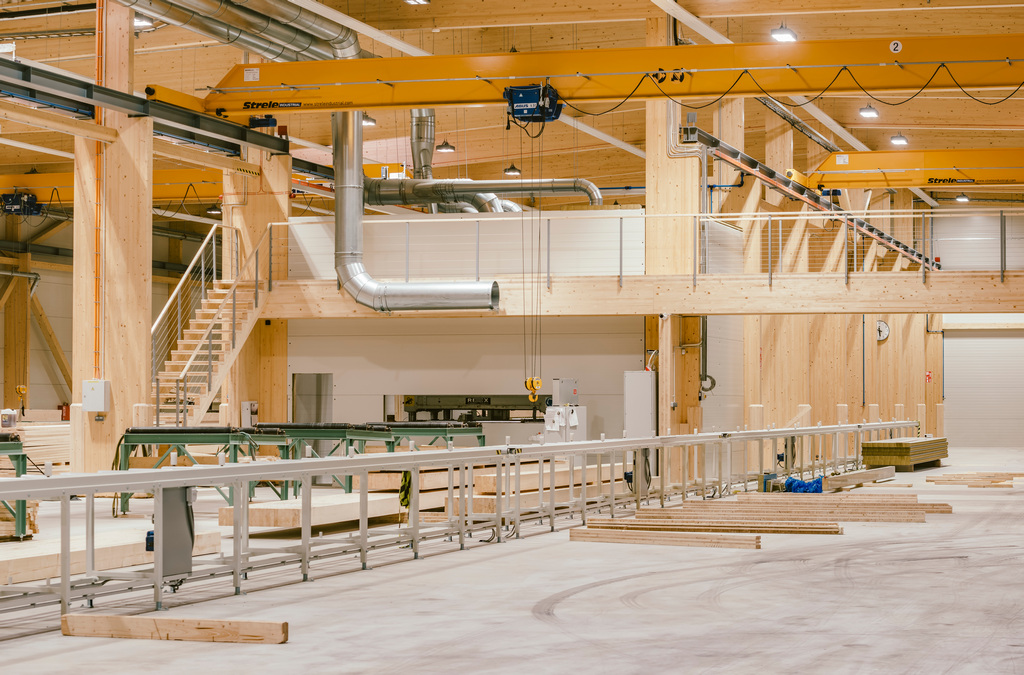 As long as the environmental impact is not considered in taxation, giving local and environmental-friendlier materials such as timber a more favorable position, timber manufacturers are largely responsible for promoting timber construction themselves.

This is one of the reasons the Arcwood factory was built this way, as a sample building with all walls and inserted ceilings featuring solid wood construction.

Viewed from the outside, it does not look so woody.
Ott Kadarik says that although everybody believes that flammability is the main problem with timber, it is actually water – timber fears water during construction and also afterward. 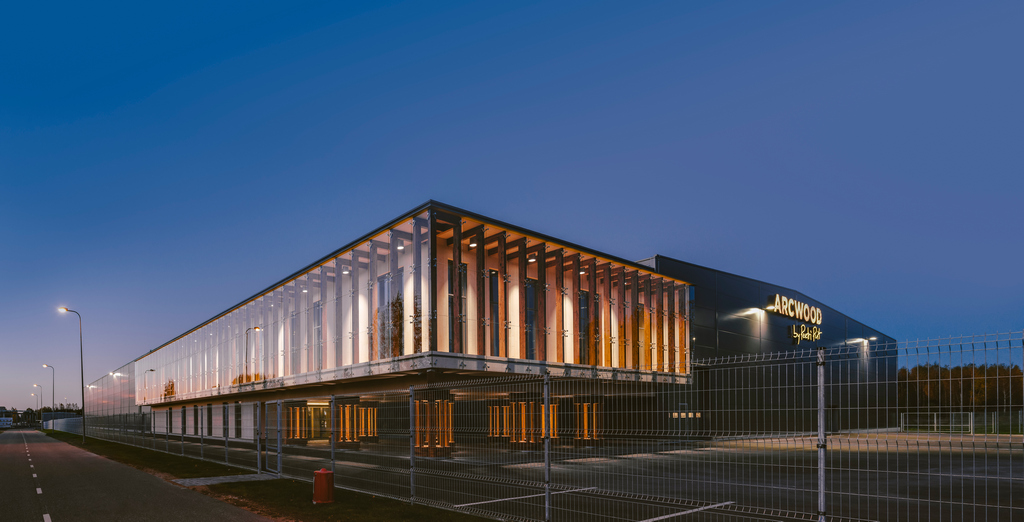 For this reason, the timber in the exterior is placed behind glass or hidden under the eaves and it is only in the interior that the beauty of the timber can truly shine. The building’s interior was designed by Kadri Tamme.
She was included in the team of architects from the very beginning dealing, tasked with the challenge to showcase timber in the interior spaces, make the acoustic work and figure out how to conceal or give value to the various joints in the building.

Kadarik and Tüür’s relations with timber in architecture has been relatively hectic. Façades are a problem.

Kadarik says he can recall only a few instances where the timber on the façade still looks good years after the completion. In outdoor conditions, timber functions well only when hidden under the eaves or a coat of paint that makes it look plastic.
In practice, only the use of larch has so far provided successful results without covering or coating. 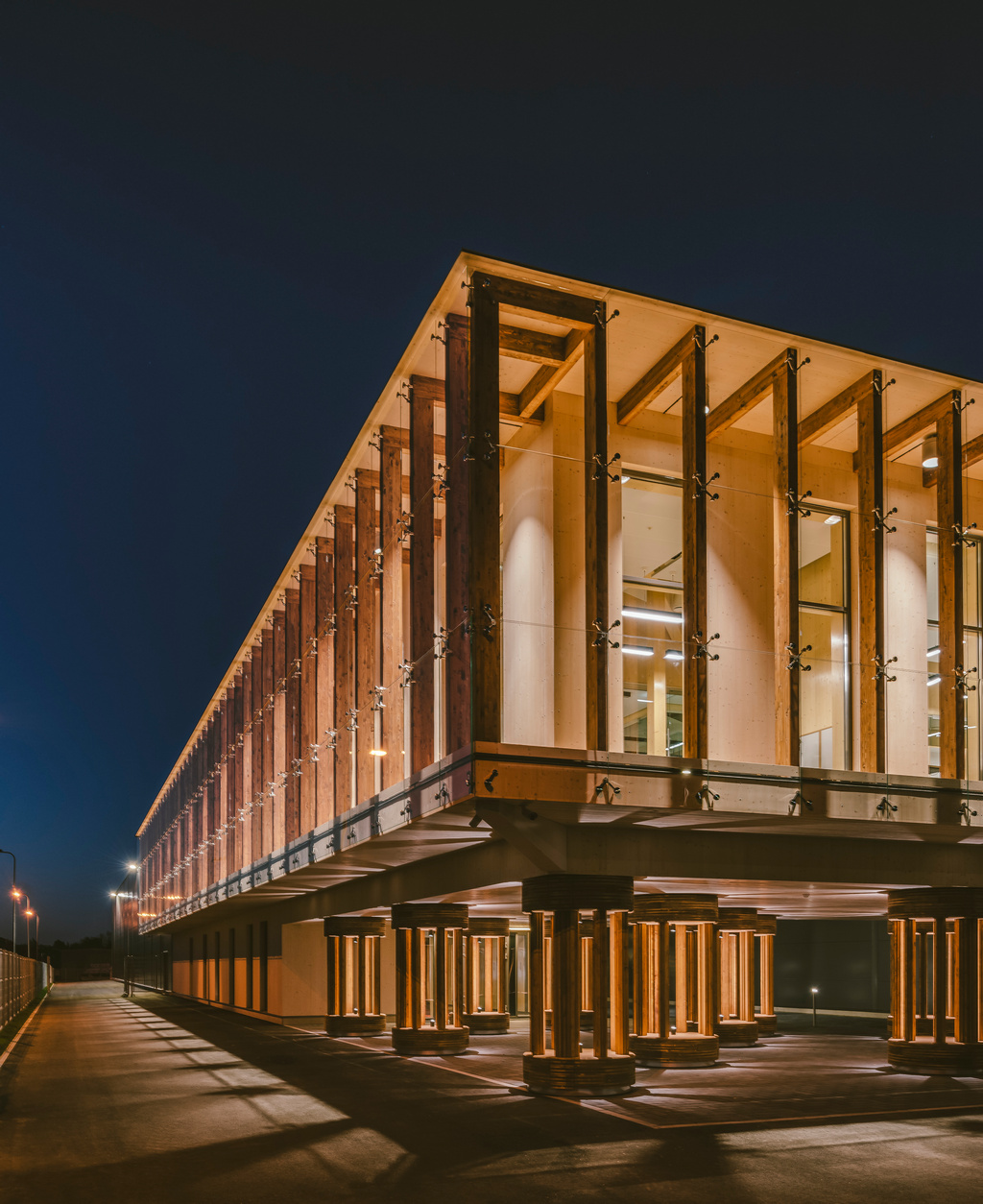 They have a considerably better experience with timber structural components.

“In Tondiraba Ice Hall we constructed the longest glulam girders in Estonia spanning over 65 meters, all timber lintels. Basically, you can do everything with wood”, Tüür notes.

Looking at the large timber buildings around the world, for instance, one of the first timber “skyscrapers”, the 10-storey highrise in London, it seems that at some point all architects are led to the same conclusion.

When you go to see a timber highrise, you don’t see timber – the interior walls are covered with drywall and the facades are completely in metal cassettes.

“Some things that look wooden, actually are not, while buildings that look metal are actually wooden”, Tüür notes, stressing once more that it is the use of timber in the structural frame that helps to decrease the carbon footprint. 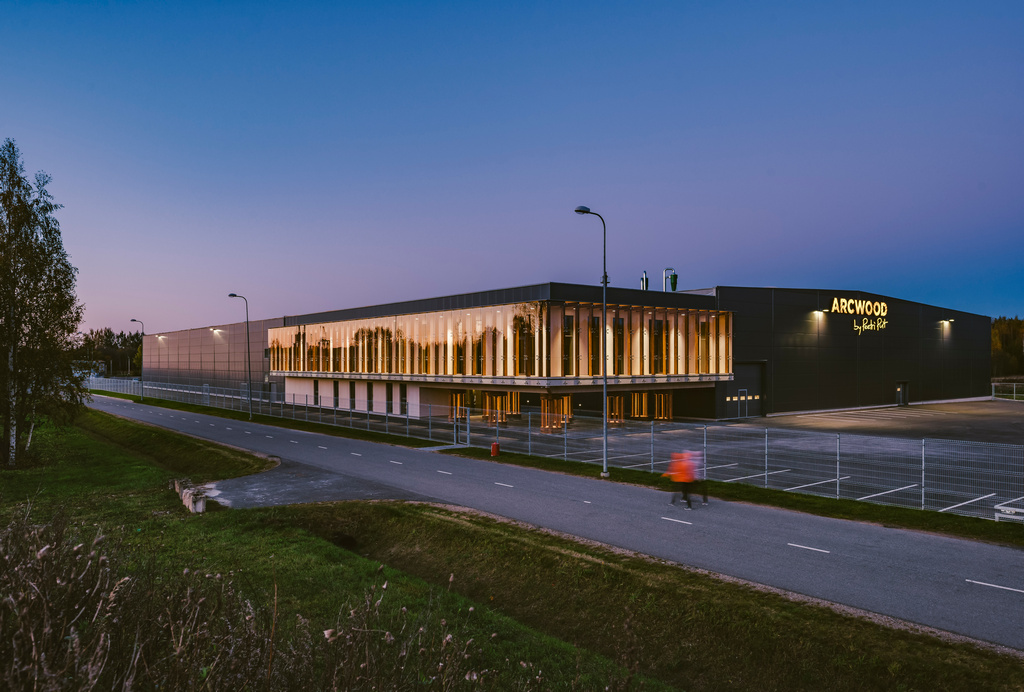 In this respect, Tüür and Kadarik’s most controversial experience dates back to Milan EXPO when the 400-page manifest on saving the planet inspired the architects to build the Estonian pavilion out of timber modules each resembling a small separate chamber constructed in Estonia.

The plan was to transport the elements to Italy, put the pavilion together and later repurpose the modules as forest cottages.

However, the Italian legislators and the authors of the manifest seemed to live in different worlds and the building sector was firmly set in more than thousand-year-old laws prohibiting timber structural frames.

The law adopted after a fire more than 1500 years ago was still in force and so, most of the EXPO area was made of concrete covered by a thin veneer layer to create the impression of timber. 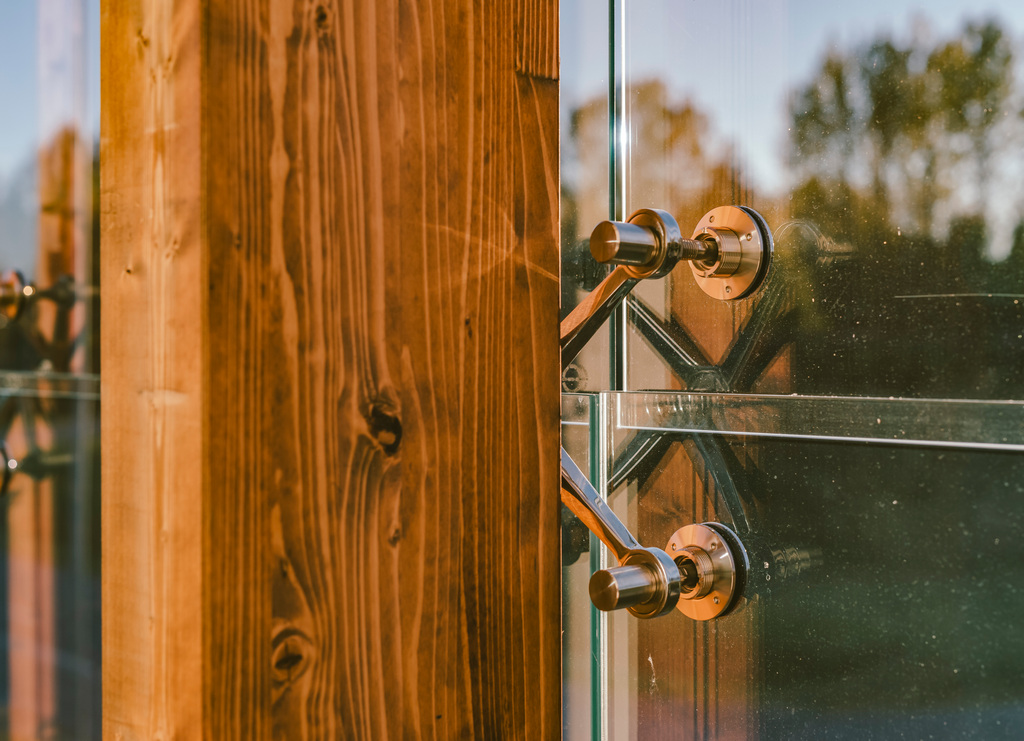 The architects also point out that at times there seems to be a kind of timber architecture madness in the world and if all the fantasized projects were actually constructed, the world’s forest resources would be in serious danger.

The environmental aspect in timber architecture should be assessed from different angles and it is important to weigh in case of every individual building.

Does a timber construction in a given area actually reduce the carbon footprint once the origin and transport of timber are considered?

In the case of Arcwood building, the answer is a firm “yes”. 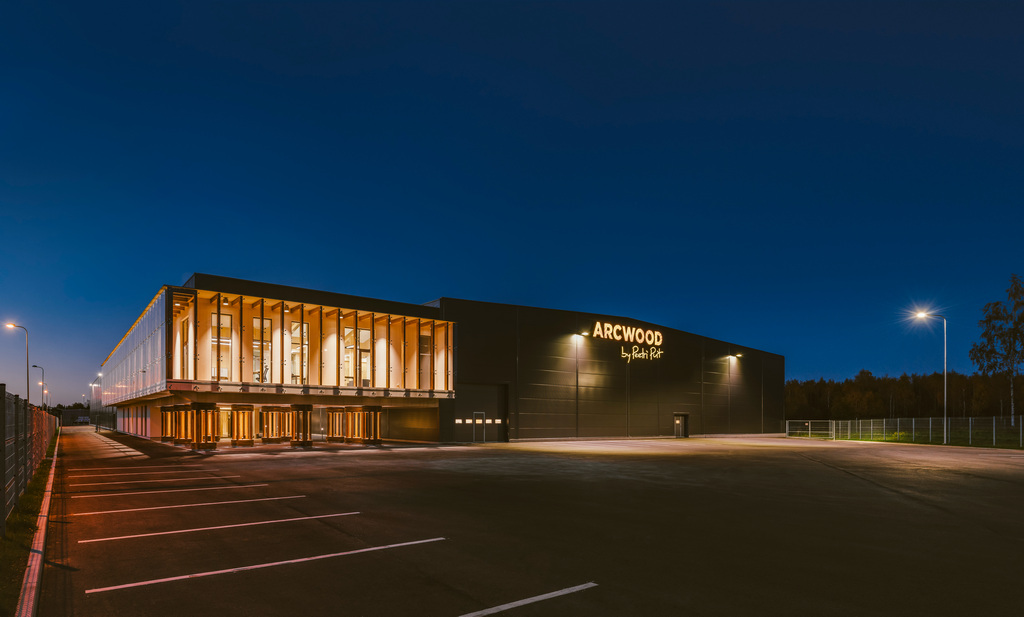 Today, although in many areas the use of timber and CLT materials would be justified, it still largely remains a mere manifest and wood architecture receives little appreciation outside the timber construction sector.

If you want more information about Arcwood or you have any other kind of question, feel free to reach out to us.